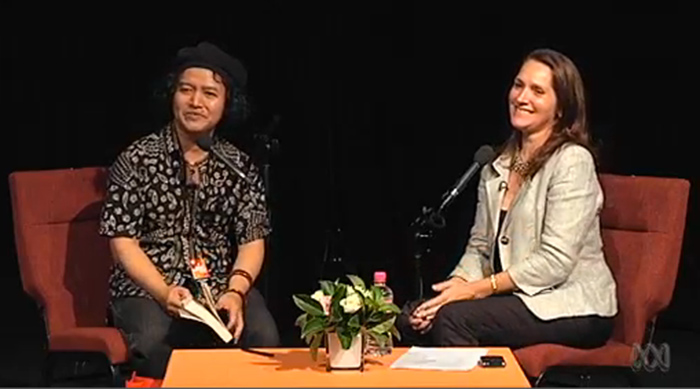 Indonesian writer Andrea Hirata has had spectacular success with his debut novel, The Rainbow Troops, selling 5 million copies in Indonesia alone. But he’s a modest man, pointing out that the population of Indonesia is 247 million.

Born on the island of Gantong in east Sumatra, he did graduate studies in economic theory at Sheffield University in the UK. This book The Rainbow Troops is based on his primary school education and the overwhelming desire and motivation to learn no matter how poor the resources.

The school in his book is Muhammadiyah Elementary – they’ve got nothing! But what they do have is a few brilliant students and a couple of great teachers. In the long run, it’s not the school buildings – in this instance there aren’t even toilets, the kids use the bush – but they do have the educational basic building blocks: inspiring teachers and dedicated kids. The rainbow troops are the 10 kids in this elementary school.

This book has been a publishing phenomenon, translated and distributed across 78 countries and the theme is a significant departure from some of the more gut wrenching third world post colonial novels.